Including original music for harp by Alfredo Casella and Albert Zabel, this CD also explores keyboard works from Bach to Debussy in new interpretations for the harp. 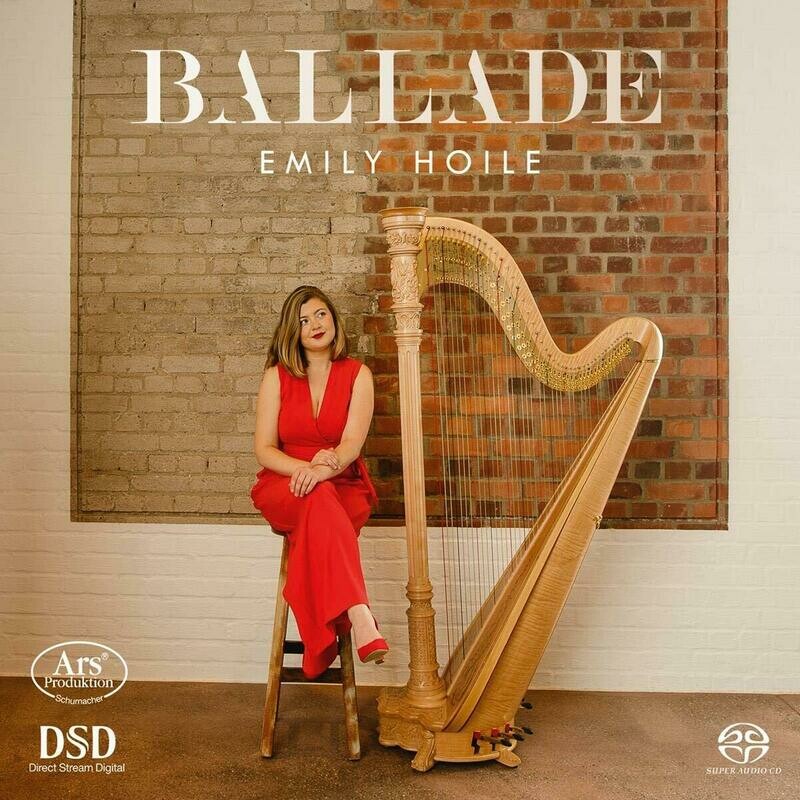 Praised for her ‘breath-taking skills’ (BBC Radio 2), harpist Emily Hoile is in demand as a soloist, chamber and orchestral musician throughout Europe.

Principal harpist of the WDR Symphony Orchestra, Emily is regularly invited to play with renowned ensembles such as the Berlin Philharmonic, Concertgebouw Orchestra, Gewandhaus Orchestra, Paris Opera and Munich Philharmonic under conductors including Mariss Jansons, Sir Simon Rattle and Gustavo Dudamel. Emily has also performed in festivals including the Verbier Festival, Aspen Music Festival, the BBC Proms and Lammermuir Festival, where she was the Young Artist in Residence. She was also selected to represent Britain at the World Harp Congress in Amsterdam.

As a soloist, Emily has performed with ensembles including the Sinfonieorchester Aachen, Thüringer Symphoniker and the Hebrides Ensemble. Her first solo album ‘Ballade’ was released by ARS Produktion in 2021 to critical acclaim. Other recordings include Ferdinand Ries’ Sextet with the Franz Ensemble and Michael Buchanan’s ‘The Many Faces of God’. Equally at home on the clarsach (folk harp) Emily performed at the first ever Folk Prom in the Royal Albert Hall, has collaborated with artists such as Sting, Kathryn Tickell, and Ajimal as well as being a finalist in the BBC Young Folk Awards.

A graduate of the Juilliard School as a student of Nancy Allen, Emily began her musical education at St Mary’s Music School, Edinburgh. She became the first ever British harp academist of the Berlin Philharmonic in 2014, studying with Marie-Pierre Langlamet. Most recently a student of Letizia Belmondo at the Haute Ecole de Musique de Lausanne, Emily is also indebted to the teachings of Germaine Lorenzini, Sivan Magen, Catriona Mckay, Helen Macleod and Isobel Mieras.

Emily is pleased to announce that she can now safely play the harp in high heels.